On the 30th of November 2020 in Hanoi, the Ministry of Foreign Affairs (MOFA) and the Ministry of Agriculture and Rural Development (MARD) organised a forum, “The Global Market Potential of Halal Food and Opportunities for Vietnam”. The event aimed to raise awareness of the potential of this market; the importance of Halal certification and measures to help Vietnamese businesses participate effectively in the global Halal food chain. Two hundred and fifty delegates attended the event including representatives of diplomatic missions, business communities, and leaders of Ministries and Government agencies. 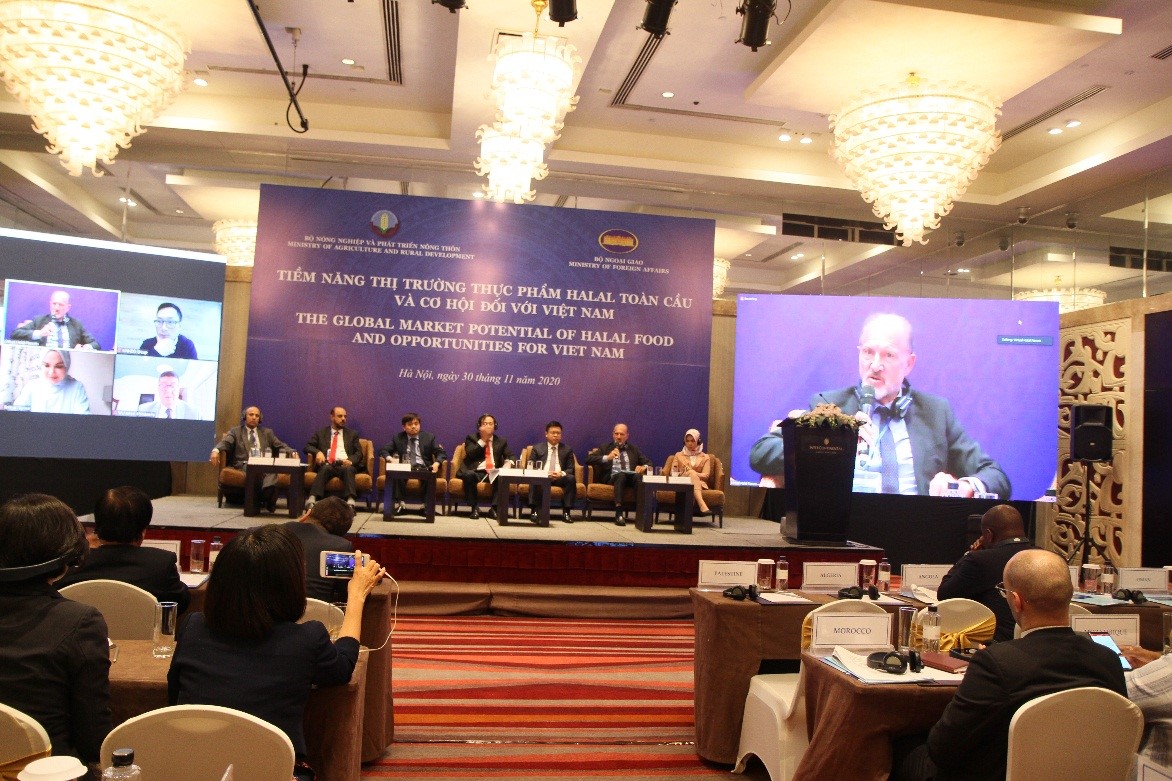 Speaking at the opening ceremony, Permanent Deputy Minister of Foreign Affairs Bui Thanh Son said that this was the first time MOFA had cooperated with MARD to co-organise a forum on the Halal food market. The global Halal food market has great potential and is growing at a rapid rate across every continent from Asia to the Middle East-Africa to Europe and America. The world has nearly two billion Muslims with Halal food spending forecast at US$ 1,400 billion by 2020; this amount is forecast to grow more than 10 times to US$ 15,000 billion by 2050. 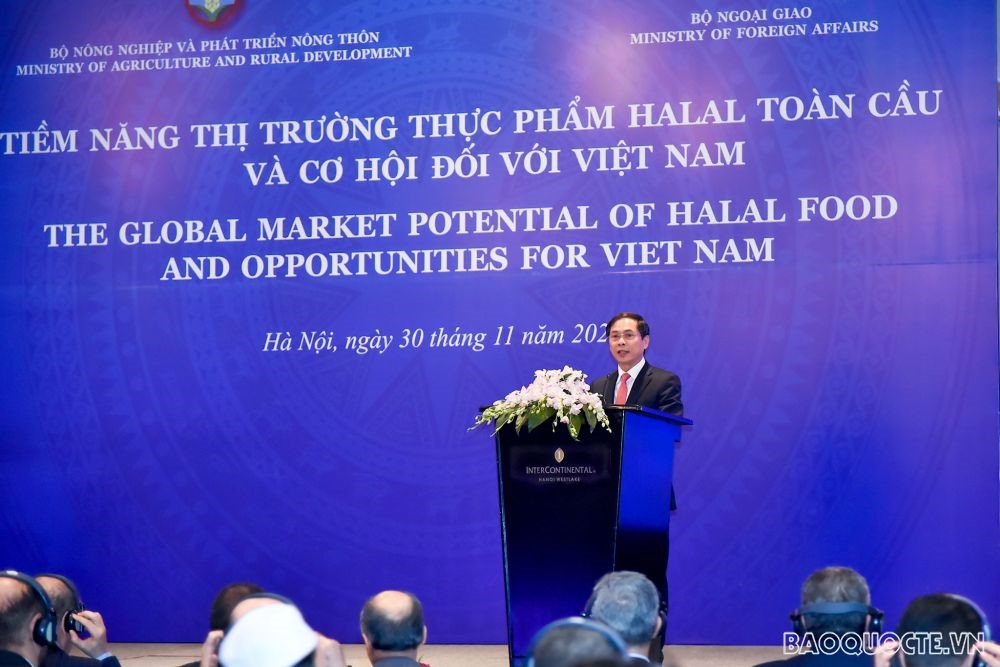 "This is a great opportunity for countries like Vietnam to export more food and agricultural products ", the Permanent Deputy Minister of Foreign Affairs emphasised.
He also expressed his wish that the forum would discuss the real potential of the global Halal food market, not only from countries with a majority Muslim population, but also from countries with a smaller such population. Islam is widespread in Europe, America and some Asian countries. Thereby, identifying new trends and demand for Halal products is vital, not only limited to food but also in pharmaceuticals, cosmetics and many other Halal services such as tourism.
At the forum, Deputy Minister of Agriculture and Rural Development Le Minh Hoan said that the Vietnamese agriculture sector always accompanies Vietnamese agroforestry and fisheries enterprises. He believes that, through this forum, parties will have the opportunity to learn more about the demands and conditions of Vietnam's agricultural, forestry and fishery exports to Muslim markets and look forward to developing potential market penetration strategies.
On behalf of EuroCham, Member of the Food, Agri and Aqua Business Sector Committee, Mr. Jean-Luc Voisin, discussed the potential of Halal food in the European market. The growth of the global Halal food market is being primarily driven by health benefits offered by halal food items which is continuously influencing the eating patterns of people. This has resulted in an increase in the consumption and acceptance of Halal food among non-Islamic communities. 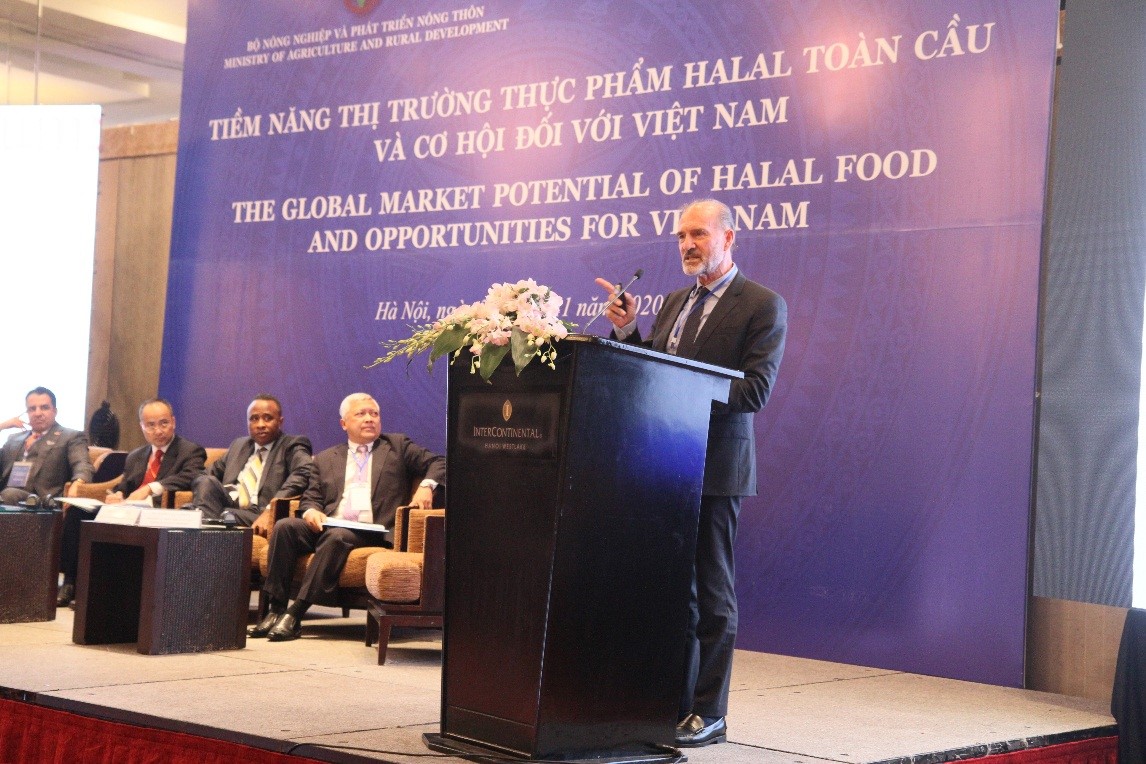 “Food producers have been offering a wide variety of halal food to consumers which has been positively stimulating the growth of the market. Region-wise, the market has been segregated into Asia-Pacific, Middle East & Africa, Europe, North America and Latin America. Amongst these, Asia-Pacific is the leading market, accounting for the majority of the market share”, Mr. Voisin added.

The European Halal market is an increasingly important food segment. According to industry analysis, in the last few years the European Halal market has grown by around 15 per cent per annum. The European market, thanks to several different associations and certification bodies, provide different estimations. These vary between EUR 40 billion and EUR 100 billion annually. The demand for grocery products is rising. However, new products, such as processed foods, confectionery products and frozen ready-to-eat meals have begun to enter the European markets. 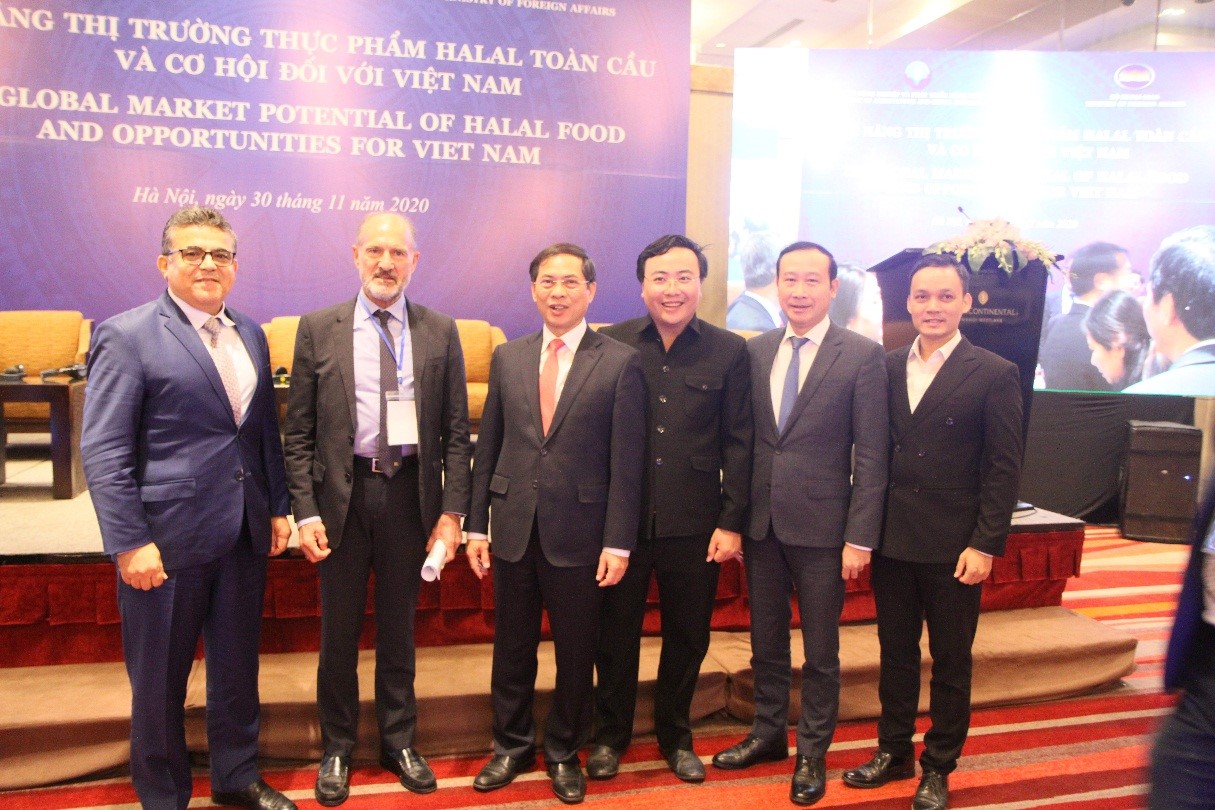