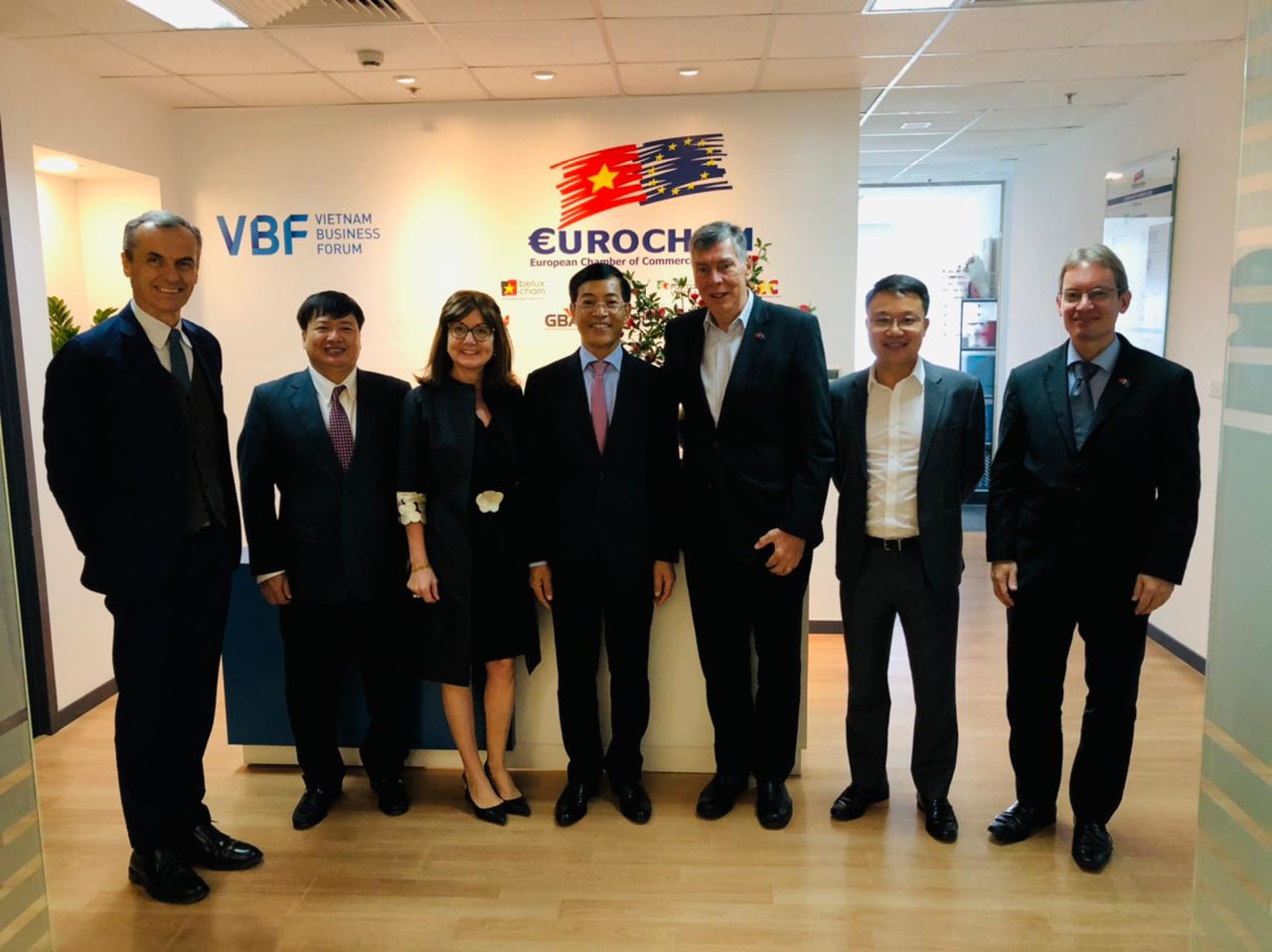 On 6 April, EuroCham Chairman Alain Cany, made his first official visit to the Office of Government where he was welcomed by Minister-Chairman H.E Mr. Mai Tien Dung. The visit was organised to thank Mr. Dung for his administrative reforms as well as his tireless support for EuroCham during his term, including his leadership as the Chairman of the Prime Minister’s Advisory Council for Administrative Procedure Reform (ACAPR). Read more here. 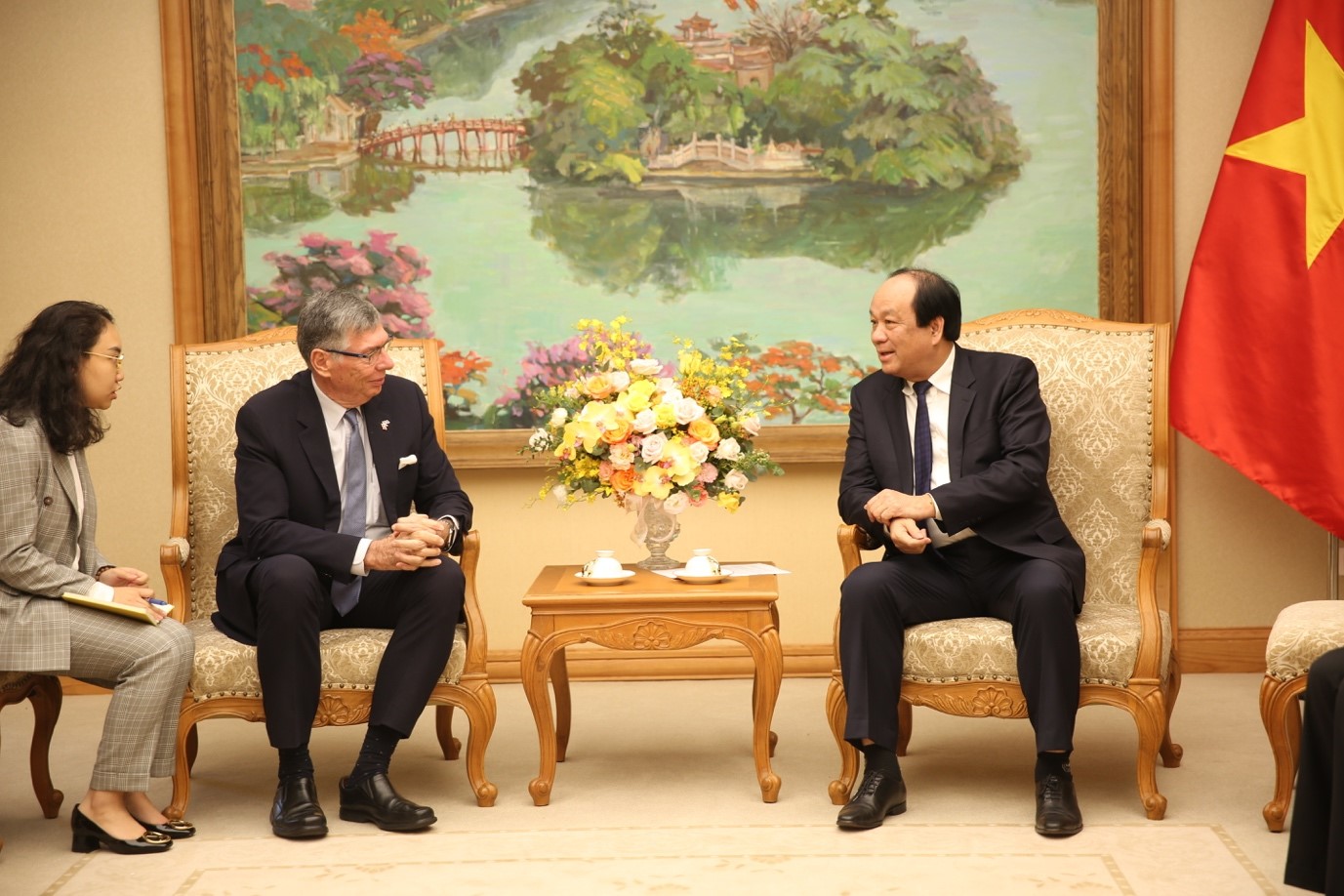 On 6 and 7 April: a EuroCham delegation met with MOIT Vice-Minister Do Thang Hai and the Department of European & American markets. Following this meeting, it was agreed that a half-day Vietnam–EU Trade Forum would be organized (tentatively in July 2021) with MOIT, the EU Delegation and EuroCham to re-assess the 1-year implementation of the EVFTA and discuss potentials for investment cooperation. 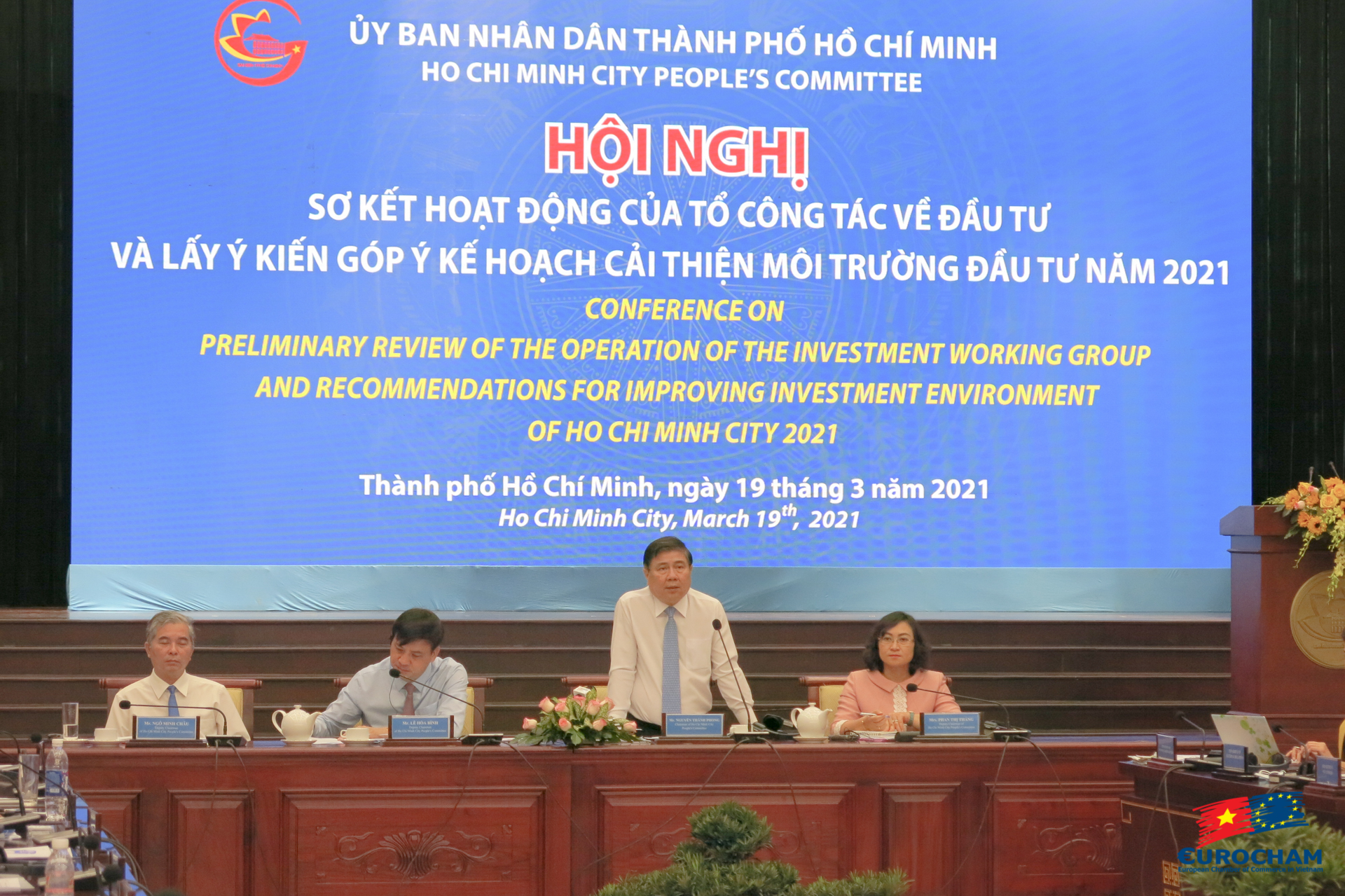 Cosmetics:
On 30 March and 1 April, Cosmetics Sector Committee members joined the GDC meeting on the Decree on testing of imported goods. Cosmetics SC members will continue to follow this issue closely, since it will heavily impact the industry.

Food, Agri and Aqua Businesses (FAABS):
FAABS has been preparing for the ‘Breakfast Talk’ event on 13 May to attract more members. On 30 March and 1 April, FAABS members also joined the GDC meeting on Decree on testing of imported goods.

Green Growth Sector Committee:
GGSC has created a group dedicated to water with Mr. Frank Pogade from Water Solutions. The SC also organised an AGM on 31 March to reflect on its activities in 2020 and plan for 2021. This includes proposals to establish a new Working Group with a new Head and Vice-Chairman in charge.

IQMED-G&B Sector Committee:
IQMed held a meeting with the EU Delegation to Vietnam on 6 April and follow up on the meeting by conducting a survey. The Sector Committee also sent a comment to DAV on the issue relating to minor variation.

Pharma Group:
Registration remains PG’s top priority for 2021, and the SC has proposed solutions to accelerate the registration timeline. PG has also provided feedback on the Pharma Law 2016 and is preparing registration data for the EU Delegation after the meeting on 6 April.

Medical Devices & Diagnostics Sector Committee:
On 24 February, MDDSC – together with APACMed and AdvaMed – provided comments to DMEC regarding registration for Circulation of Medical Devices. Then, on 30 March, MDDSC and the RAWG attended a meeting with DMEC regarding the programs and plans to cooperate with Chambers in medical devices field.

Nutritional Foods Group:
On 30 March and 1 April, NFG joined the GDC meeting on the Decree on testing of imported goods in which GDC took into account several of NFG recommendation. NFG will continue to follow this issue closely since it will heavily impact the industry.

Transportation and Logistics Sector Committee:
TLSC has elected Mr. Juergen Weber as new Chairman and, on 30 March and 1 April, joined the GDC meeting on Decree on testing of imported goods.

Tourism & Hospitality Sector Committee:
The Tourism & Hospitality Sector Committee has completed its chapter for the Whitebook, given an interview to ‘Destination Review’, and continues to progress an MOU which is being revised by DOT. The current plan is that this MOU will be signed on 13 May at the Tourism Exhibition. The Chair of EuroCham and leaders of HCMC will sign with an audience of EU consulates and diplomats.

Wines and Spirits Sector Committee:
On 6 April, W&S SC held a successful meeting with the Vice Minister of MOIT. In this meeting, it was confirmed that members can sell their products on e-commerce platforms as long as they follow strictly Vietnamese regulations.