To mark the first anniversary of the implementation of the EU-Vietnam Free Trade Agreement (EVFTA), the European Chamber of Commerce hosted a webinar with more than 200 attendees and featuring special guest speakers from the Ministry of Industry and Trade (MOIT), the Vietnamese Embassy in the EU, and the EU Delegation to Vietnam. 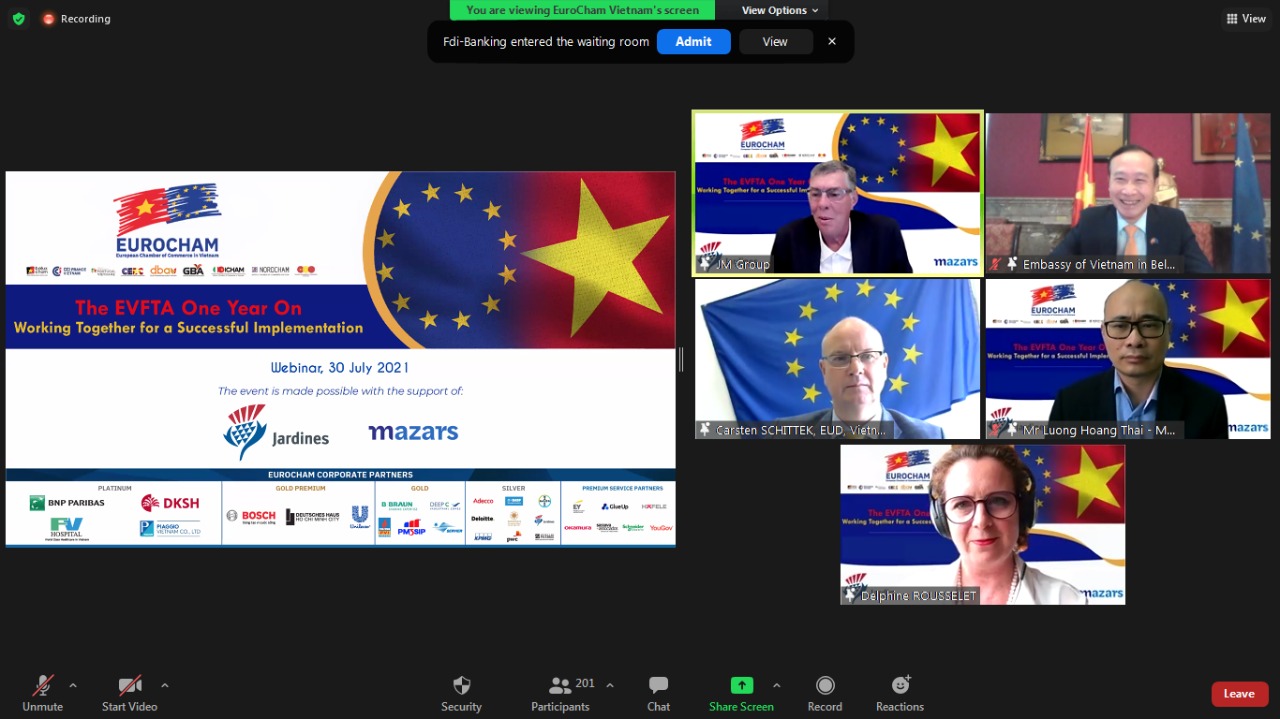 This historic, new-generation free trade agreement was implemented on 1 August 2020. From the moment it entered into force, 65 per cent of EU exports to Vietnam and 71 per cent of Vietnamese exports to the EU became tariff-free. Over the next decade, this will rise to almost 99 per cent.
The webinar evaluated the first 12 months of implementation and discussed opportunities for further cooperation in the future. It heard from EuroCham Chairman Alain Cany; H.E. Mr Nguyen Van Thao, Ambassador and Chief of Mission of Vietnam to the EU; Dr Carsten Schittek, Charge d’affaires at the EU Delegation to Vietnam and Minister-Counsellor, Head of the Trade Section; and Mr. Luong Hoang Thai, Director General of MOIT’s Multilateral Trade Policy Department.
In the first six months of 2021, the value of EU-Vietnam trade reached US$27 billion. That represents an increase of more than 18 per cent compared to the same period in 2020: a remarkable achievement in the midst of a global pandemic. And it should increase even further when the EU-Vietnam Investment Protection Agreement (EVIPA) enters into force, once it has been ratified in each EU Member State.
However, the EVFTA includes more than tariff reductions – essential though these are. It will also support Vietnam in areas such as environmental protection, legal reform, and sustainable development. Meanwhile, the agreement opens up market access for EU investment in other sectors and industries from higher education to computer services and from distribution to telecommunications.
Despite this progress, challenges still remain. While EuroCham’s Business Climate Index (BCI) shows that almost two-thirds of companies have benefitted from the EVFTA, it also shows that challenges such as administrative procedures and technical barriers to trade remain.
During the event, each of the four speakers reaffirmed the importance of the EVFTA and EVIPA to the future of EU-Vietnam trade, and proposed greater cooperation and dialogue to ensure a smooth and successful implementation. 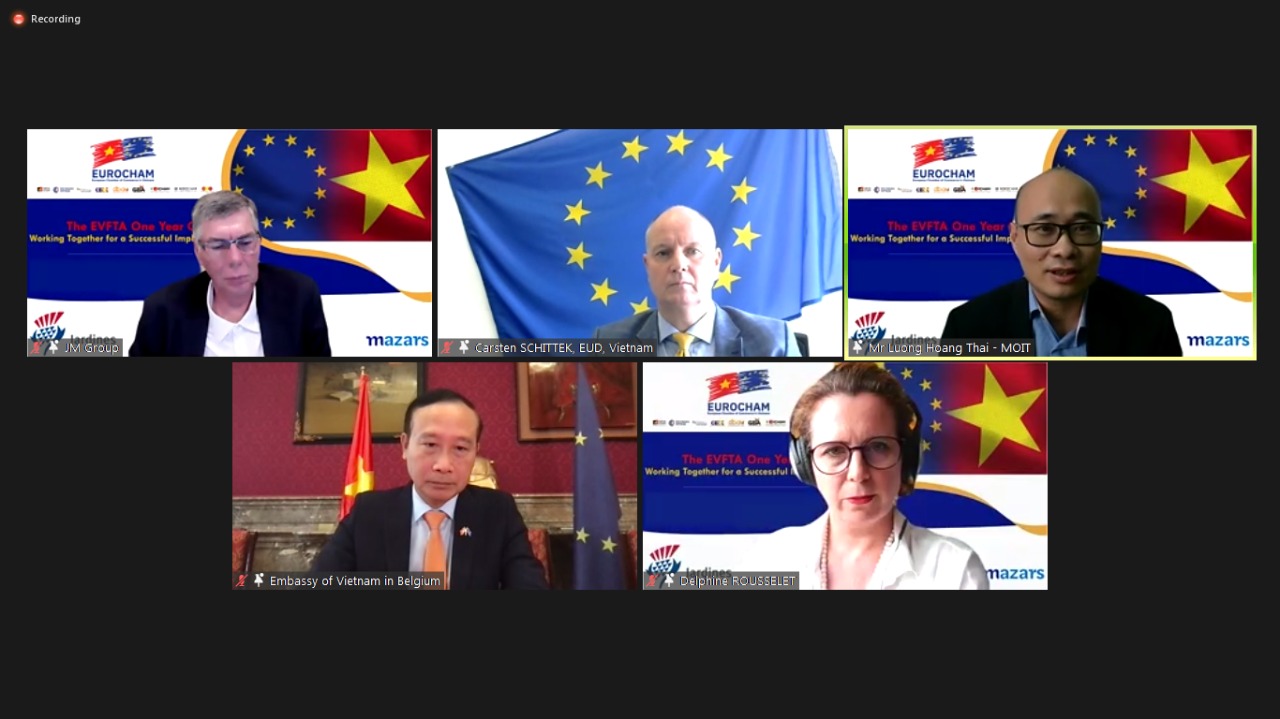 “Right now, governments around the world are focusing all their efforts on fighting the COVID-19 pandemic. However, this does not mean that we should lose sight of the EVFTA. In fact, it is now more important than ever. Because, once vaccinations have been delivered and the pandemic brought under control, our economies need to reopen and recover.
“And, just as vaccines will help to combat this global health crisis; free, fair, and rules-based trade will help to combat the global economic crisis. For Vietnam and the EU, the EVFTA will be one of the most important tools at our disposal. This is because, now that the agreement has been implemented, both companies and consumers will be able to benefit from a gradual elimination of tariffs and a mutual opening of markets.
“But if we want to build on this promising start, we need to work together. The EVFTA will not be a success without a coordinated effort between government and private enterprise; between political leaders and business communities. In short, implementation is not the end of the road. Success is not a foregone conclusion, and we need to put the same effort into the next decade as we did into the last.
“That is why events like this are so important. It gives us a common platform with which to raise issues and a tool with which to resolve them. In this spirit, I am confident that we can make a success of the EVFTA, with the support of our Vietnamese friends and partners. In doing so, we can support both our societies to rebound and recover from this pandemic.”