[Webinar Recap] Vietnam H2 2021 Outlook: The Shock and Aftershock of the Fourth Wave

On Wednesday 18 August, EuroCham and Britcham hosted a webinar to take a closer look at the impact that the fourth wave of COVID-19 is having on Vietnam and, with a view of global experiences, discussed the uncertainties as well as the possibilities for Vietnam on the path of recovery during the second half of 2021. The event attracted more than four hundred registrations, and featured special guest speakers Tim Evans, CEO of HSBC Vietnam; and Thue Quist Thomasen, CEO of YouGov Vietnam and EuroCham Executive Committee member. 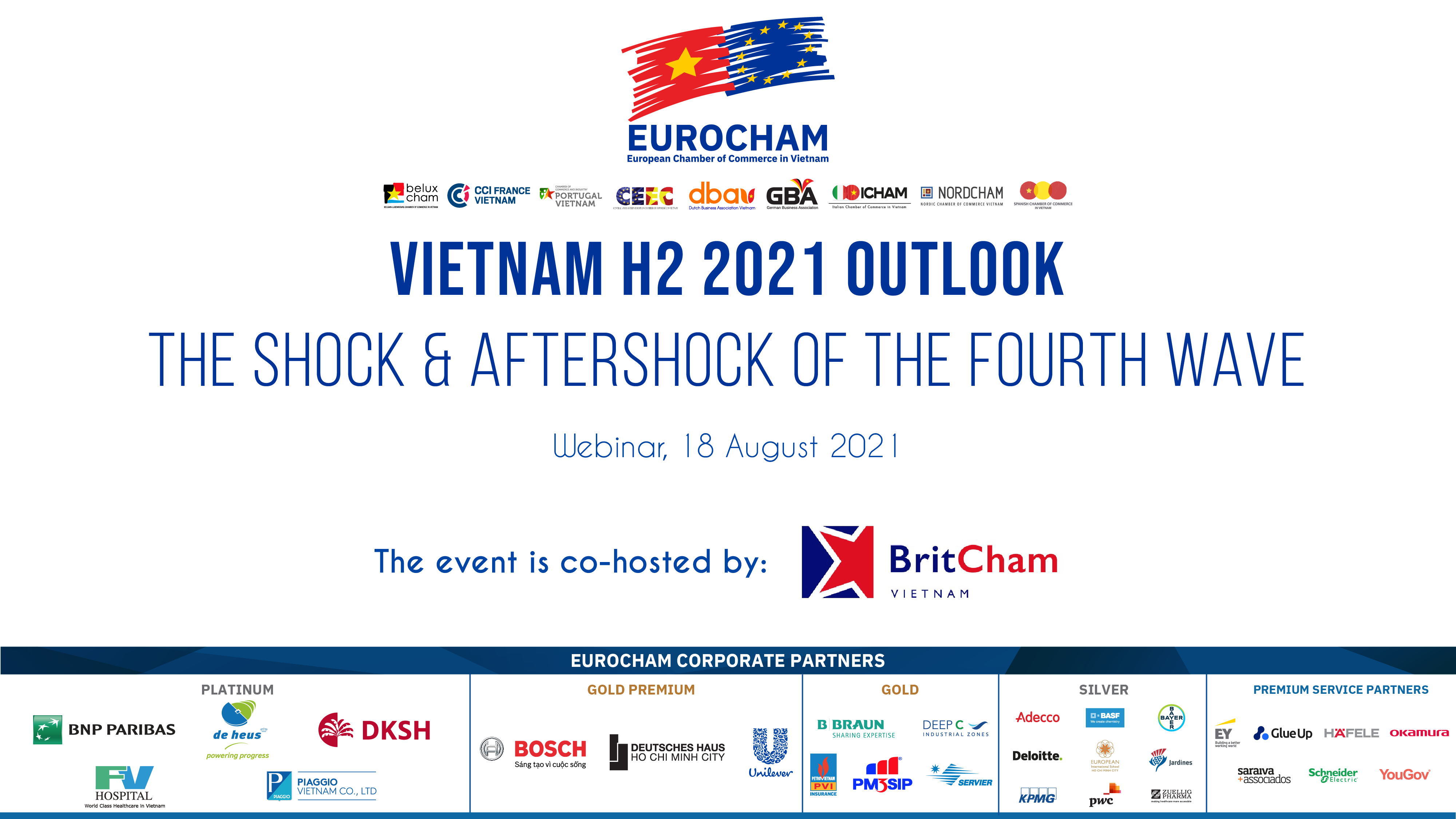 EuroCham Executive Director Delphine Rousselet opened the webinar, setting the scene for the presentation from HSBC: she said that Vietnam has now experienced four major outbreaks, with the current one being the most severe.

Tim Evans started his presentation by providing an overview of Vietnam’s economic situation since 2019 when the pandemic first started. The last two years have witnessed the resilience of Vietnamese people in fighting against the virus, which was also proven in the first half of 2021. The country had relatively strong GDP growth of 5.64%; increased exports, mostly in the tech sector; a gradual rise in PMI; all of which was quite positive for Vietnam.

However, as the fourth wave is happening, Vietnam’s GDP in the second half of 2021 is predicted to drop, depending on how the mass vaccination progresses. The figure will be higher than last year, despite falling below initial targets. Industries hardest hit include mobility, tourism, and services. As manufacturing has been disrupted, it also affects supply chains, which leads to a decrease in several other industries. 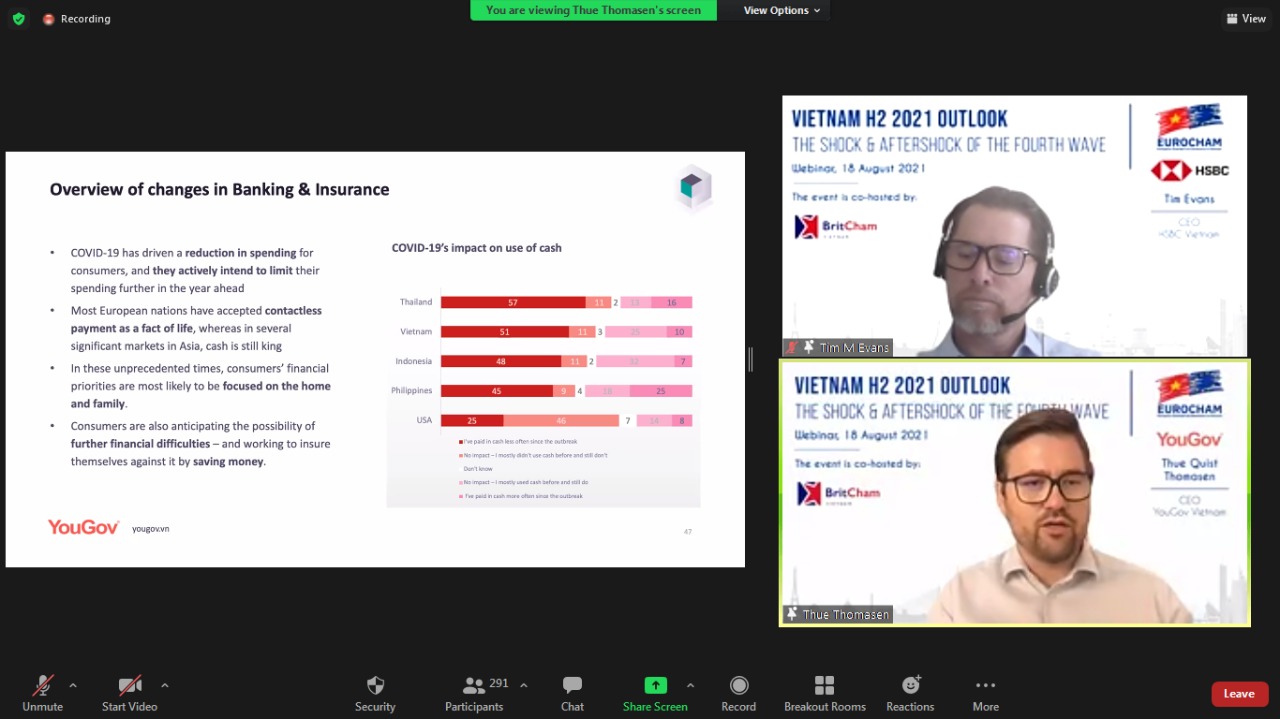 Mr Evans also emphasized that the only exit is mass vaccination, and Vietnamese people are highly accepting towards vaccines. So, along with many positive factors, in the long term when the vaccines continue to roll out, Vietnam should recover with GDP in 2022 expected to rise post-Covid.

Thue Quist Thomasen then discussed some trends and changes in Vietnam’s market during and post pandemic. Mr Thomasen said that this pandemic will affect the spending habits of Vietnamese people, who will lean more towards saving for emergencies like this. In addition, online grocery shopping is happening more, which might lead to a big change in Vietnamese people’s shopping habits.

Alongside that, cashless payment such as bank transfers and E-wallets are getting a boost, with some momentum coming from the demand for safe, contactless deliveries. YouGov surveys have also revealed that Vietnamese consumers now are more likely to recommend local brands, and this is a big shift from a few years ago, when the more foreign the product was, the better.

Therefore, business leaders need to adapt to the new situation and come up with suitable marketing and branding strategies. Besides, analysis shows that Ho Chi Minh City, Hanoi, Binh Duong and Dong Nai contribute to the majority of Vietnam’s GDP, so a continued prioritisation of these four cities and provinces will lead to fast improvements in overall economic recovery for the country.

In the Q&A section, speakers and participants discussed the situation of Vietnam during and after this fourth wave, investments from foreign countries, possible scenarios for manufacturers before and during Tet, predictions on Vietnam’s GDP in the upcoming period, and what the government can actually do now and after the lockdown to add some stimulus to the economy.