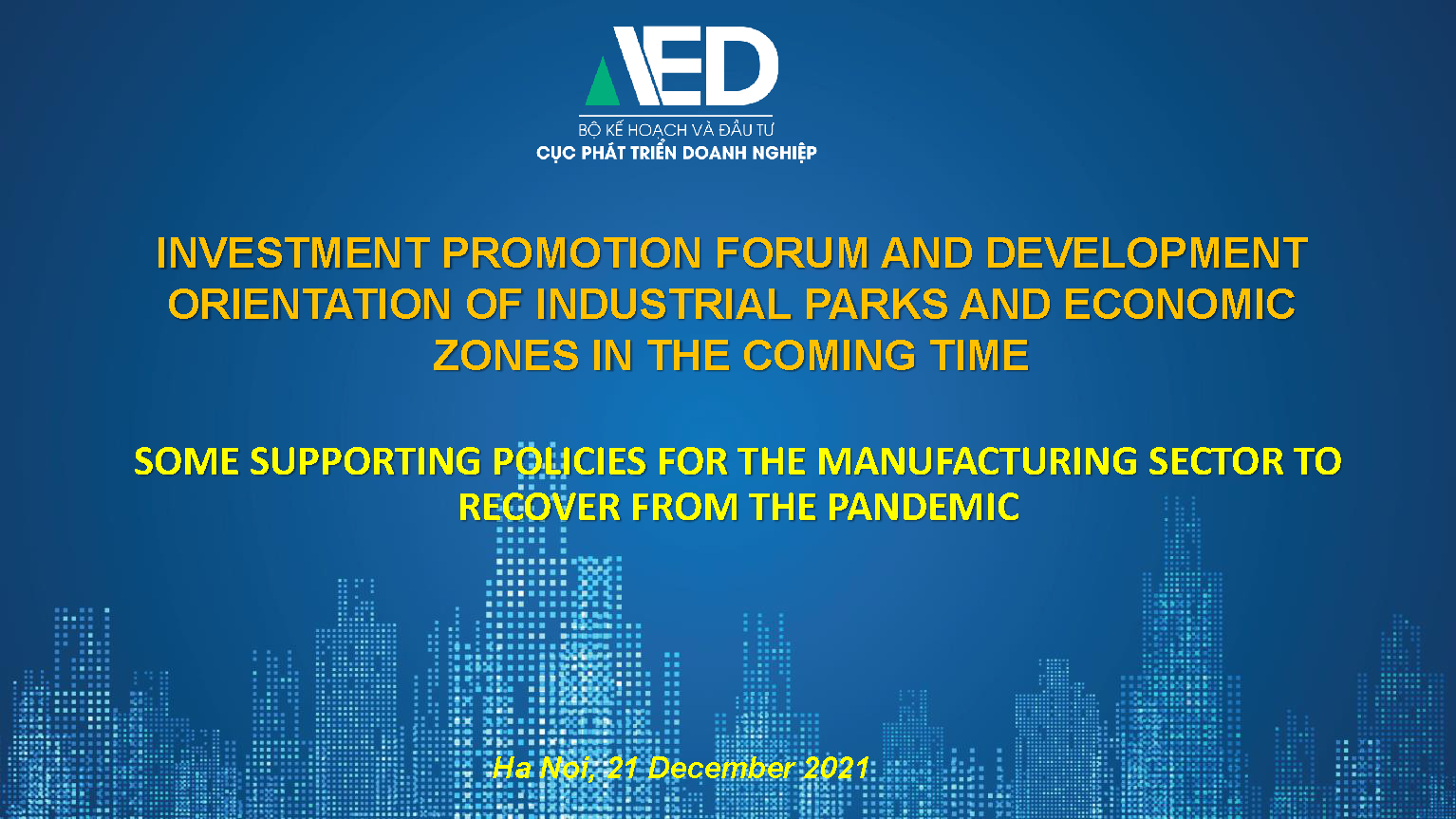 With more than 300 connecting points, this hybrid forum has been organised in the light of fostering business resilience and attracting investments into Vietnam in the post COVID-19 pandemic. It was stressed during the 2 discussion panels the Government is committed to the digitalisation and circular economy, hence stable and favourable conditions for the investors are strongly promoted.

In the first panel, Mr. Takeo Nakajima – Chief representative of JETRO Hanoi shared perspectives of Japanese enterprises, in which several issues created by the pandemic were identified. In which, he raised concerns on labour shortage due to the distancing measures as well as employee’s low commitment. However, due to the recent survey, though not many enterprises are planning to expand, Vietnam is still recognised as a promising destination where a shift to high-value production has been recognised. Joining the panel, Mr. Tran Quoc Trung, Deputy Director General – Department of Economic Zone Management, Ms. Bui Thu Thuy, Deputy Director General – Enterprise Development Agency from MPI together with Mr Pham Nhu Anh, Deputy Director of MB Bank and Ms. Pham Thi Quynh Ngoc, Director for Legal Services, KPMG have provided overviews on orientations on attracting FDI into industrial parks and economic zones as well as strong supporting policies in both terms of financial and operations for business in order to foster the manufacturing industry rebound. 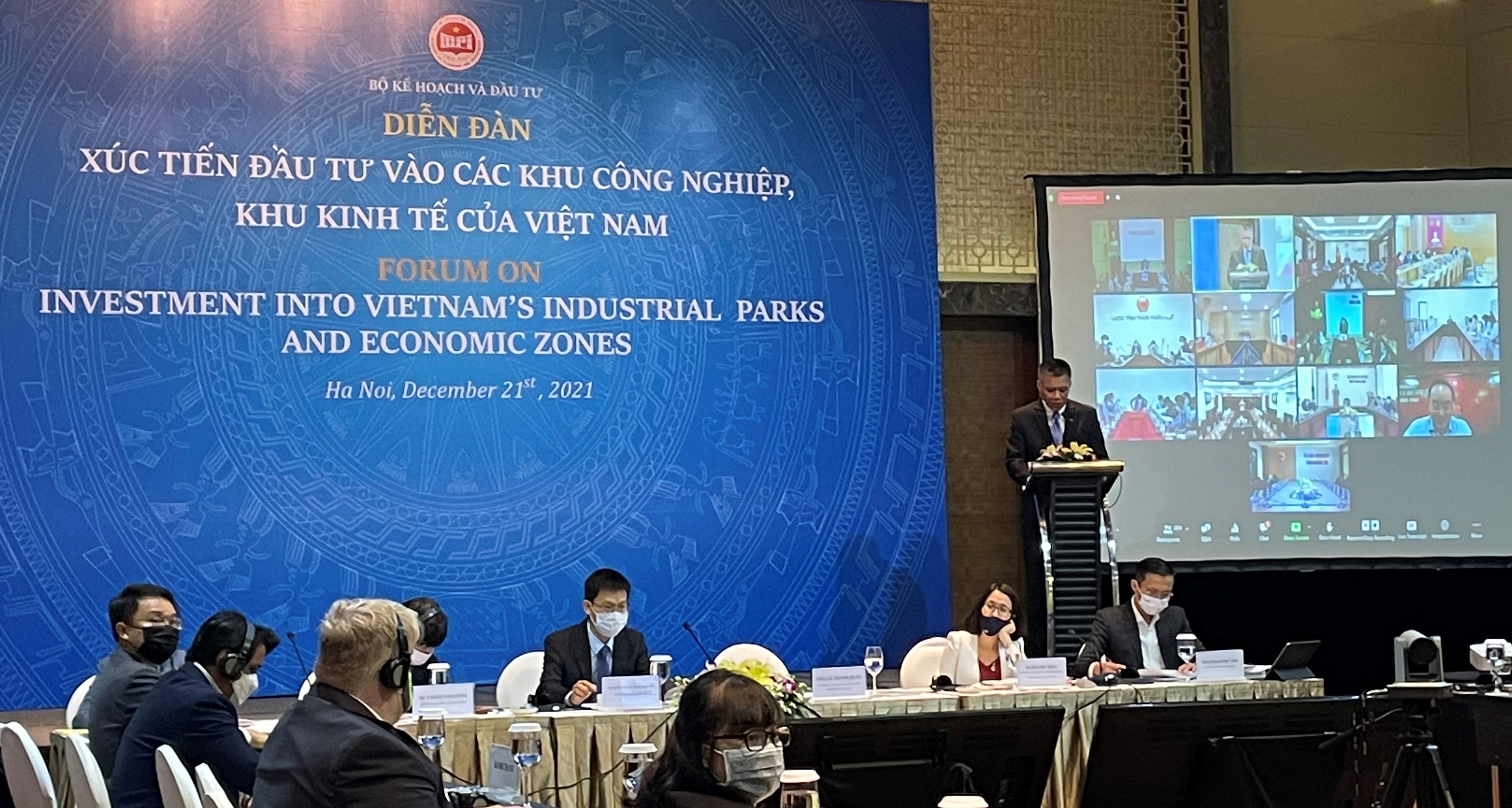 The second panel addressed several showcases of successful Eco-industrial parks model associated with sustainable development and economic zones associated with development of urban planning and utility services for employees. Particularly, the significant achievements by Nam Cau Kien Eco-Industrial Park in Hai Phong, Viglacera and VSIP Group are believed to be the leading model and set the trend of development for industrial parks and economic zones across the country.

Mr. Le Thanh Quan Director General of Department for Economic Zone Management closed the forum stressing that the domestic and international markets are changing rapidly. The Government is focus on digitalisation towards simplification and quality orientated approaches in order to overcome the middle-income trap as well as issued created by the pandemic. There are several tasks have been acknowledged, therefore support from the foreign business community has been encouraged. In which, three acknowledged aims are accomplishment of management model for industrial parks, enhancement of  connection between industrial parks and economic zones, and building a investment and business model at industrial parks and economic zones.